“The basic problem that I see, Jenn, is that many women are marginalized every day by misogynistic men” Joseph Barnard, Lt Col (Ret), USAF stated at my kitchen table one day.  “And this is personal, because I know how amazing and capable my wife Meghan is and I watch men (especially in our early years) blow her off just because of her gender” 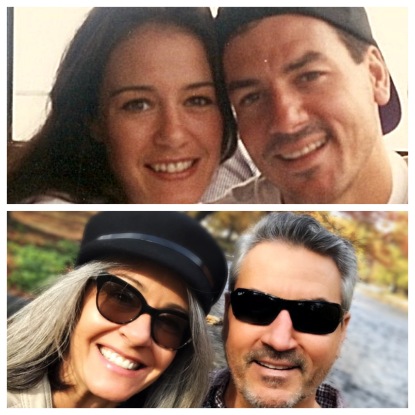 I don’t think I have ever heard someone describe the foundational reason Carrie and I started Milieux Project, Inc so succinctly in my life- I wish we had recorded him on voice saying it.  I was impressed, this former special forces operator turned commander, 33 years on active duty, being as passionate about something as I have been and he actually tried doing something about it. And not just something, but dedicated a good portion of 3 years of his life working on a way to make a change. It was impressive to hear his desire and commitment to change the negative dynamic between men and women in male-dominated careers. I learned that this passion drove him to design, build and self-fund his own “women’s badass boot camp” (my words, not his, but no better way to describe it) program called “Operation Moxi” in 2012. Watch a little about it here.

What did he really mean though?  What is the “marginalization of women”?  The foundational issue, as both he and I see it, is that our society doesn’t test or challenge girls like we do boys while they grow up (between late teen years and the majority of their twenties) – but we expect both boys and girls to receive the same challenges as professional adults and succeed.  This is just not a great set up to achieve gender parity.  We hold women at much higher expectations, with big result expectations based on general representation, not based on individual ability or training. It’s a big reason women end up losing- because we set high expectations broadly in gender, not in training.  This is why we need programs Milieux Project camps for our girls.

As both Joe and I know, there is no better proof of ability than doing something.  Not talking about doing tough things, philosophizing about them or writing about them- but doing them.

The smell of hydraulic fluid, the vibration of helicopter rotors, putting on and taking off equipment, setting up life-saving systems, exiting an aircraft into a dark night with only night vision goggles on, working yourself to fatigue over and over again, dealing with dusty teeth and sweaty brows – when life depends on you – all create an environment not easily endured by many (men or women).  And it’s hard to describe the real guts, determination and heart it takes to experience and power through individual fears to guttural confidence within the same space.  How did both he and I get to where we were – what brought us to our achievements – and why aren’t there more women in this space?  It’s our belief that more research needs to be done into girl’s confidence like this that proves many girls aren’t tested like boys are until much later in life, when things count- so that when a girl has grown into a woman and fails – society quickly points out that she didn’t have the ability, and ignores that she wasn’t given the life long training to compete.

If we don’t encourage girls to climb high, run fast, be in charge or take big risks early and often, they will never be comfortable doing so when they are older…

I see it every day on the playground.  Mothers and fathers discouraging their girls from climbing higher, jumping further, or taking lead- and I am starting to see some parents doing the same for their boys.  Kids must test themselves, learn their limits.  If we don’t let girls climb high, run fast, be in charge or take big risks early, building habits of testing themselves and each other, leading and failing, they will never be comfortable enough with themselves or their abilities to try it when they are older.  This is what Joe fundamentally believes too, was the big reason he started Project Moxi, and why we had met to collaborate.

I was reminded recently of Shannon Faulkner and her initiative to enter the Citadel in the 1990’s.- she ran an entire campaign on the assumption that any woman could do anything men can do.  While in theory, it should be true, in application it is not because men are prepared differently for life than women.   Because I was preparing to enter a military academy myself, I vividly remember not only how she was marginalized but also abused for gaining entrance into the Citadel in 1995. The truth was that she hadn’t been trained and tested for the challenges of the Citadel as many of her male peers were. Prepared and trained women do compete with the same prepared men for entry and graduation from the Citadel.  Ms. Faulkner just wasn’t the right trained woman to be the first female through the Citadel.  If it wasn’t for her, however, there wouldn’t be as many successful women graduating from the school now.

The Milieux Project, Inc wants to give girls and women the training they need to compete for big roles in real life.  With help from Joe and Meghan, we’re excited to design programs that give girls and women the space to test and train themselves in tough environments before they have to do it “when it counts”.  We want to be the brand that connects all kids to the entire aviation space- so they know and understand what has already been achieved and what more we need them to do as leaders of tomorrow. 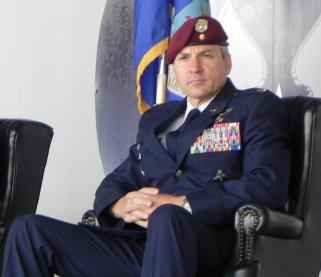 Lt Col (ret) Joe Barnard, USAF is an example of many Special Forces men that know and believe that women belong in combat if they choose to be- we just have to hold them to the same expectations as we do men.  He, along with so many others are going to be pivotal to the change we are seeking.  Milieux Project is excited to have such support- let’s do this!