Defining women’s achievement in sports is like placing a governor on an engine.  The engine is restricted from producing max results- just as girls are restricted by being compared to boys – setting the expectation that girls will never be as athleticly competitive as boys. Exploring some history in sports may help explain this hypothesis.

The Federation International de Futbol Association (FIFA) Women’s World Cup is in full swing, and the United States is set to play France in the quarters next week, after their win against Sweden and the break out player, Madelen Janogy and then Spain – barely winning 2-1.  It looks like the USNWT is set to dominate again in the International Futbol Arena – a position rarely enjoyed by the US Men’s team.  The excitement and thrill of soccer is growing more in the United States- for both women’s and men’s teams.  Local bars are showing the games in most communities and advertisements are showing up on media and in social media spaces.  Women’s sports, and soccer in particular, is still not as well followed as it is in the rest of the world, even in 2019, but circumstances are changing- just not quickly as many had thought after the moment in 1999 that shocked the world.

This article started out as an opinion piece about changing (or unchanging) social norms as related to women, nudity and athleticism since Brandi Chastain’s famous winning goal score celebration 20 years ago.   What has become more interesting is the meaning of being a female athlete in the western world.  While second (or is it third?) wave feminism continues to mark “women’s firsts” – accomplishments women have achieved despite their gender “handicap” – young women across the country practice and compete daily without thinking twice about whether they are supposed to even compete or not.  The mindset of athletes is simple enough, put the work in and see the results, but the fair evaluation of athleticism appears at odds with the complex social understanding of what a girl (or woman) is.  “Throw like a girl”, “run like a girl”, “kick like a girl” etc. complicates our evaluations of athletic achievement.  We see less ability because we believe women are less capable.  This comparison of what is feminine and what is masculine in sports has become a central discussion for Americans and other westerners – all while girls play out almost unaffected by the gender roles they are challenging.

Almost to the day in 1999, the FIFA Women’s World Cup USNWT brought soccer to the forefront of the United States viewership when the men’s team could not.  Mia Hamm, Brandi Chastain, Joy Fawcett, and Christi Pearce dominated the field with enviable talent along with 16 other amazing women to bring soccer, and the US Women’s National Soccer Team, to the forefront of the American sports world.  I still remember watching the epic goal scored by Brandi Chastain, and the pure celebration on her face as she tore off her jersey with her remaining adrenaline and knelt in amazement at what she and her team had just accomplished.

This wasn’t the first thing that Brandi had done that was considered salacious- but it was the most significant.  Some called her genius, others criticized her “nudity”.  Brandi was the kind of person that demanded respect- or broke from gender roles as some would say- early on.  She was known to curse at interviews and act more “masculine” than many expected her to.  She demanded respect and compliance from referees. As an example, I found the following commentary from a sports discussion board on 11 July 1999, where an anonymous user said:

“Not being an exact quote she said about teammate Michelle Akers, ‘She’s the best goddamned player in the world.’  I think it was a bit more scandalous since it came from a woman who aren’t expected to upset our delicate sensibilites about language as much as men.”

This commentary and other news stories indicated that her locker room interview, and not the first one of its kind, was not well received.  How dare she curse on TV?  Young ladies are not supposed to use that kind of language.  Many sports casters and male athletes respond emotionally in interviews frequently, some viewers dislike it- but not many are as vocal or as critical as they were of Brandi Chastain in 1999.

Perhaps it was the sports bra that drove the sports fans over the edge.  The impropriety of a woman choosing to reveal herself was hard for many understand.  And then came the discussion of how much material was involved – and if it covered enough to preotect Brandi’s decency.  Even recently, the athletic look on women is discouraged and disparaged.  A fantastic commentary was produced by YouTube personality, Jenna Marbles on the matter below 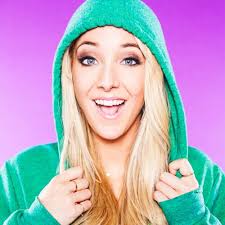 Diving back into the sports bra moment, though, it was significant for many reasons- most of which was the opportunity for young girls across the country to see a powerful woman displaying her own athleticism in celebration of athletic achievement.  Mothers and fathers across the country thanked Brandi for giving their daughters a new role model – a passionate, dedicated, muscular athlete.  They were grateful for a picture of a half-naked woman who wasn’t passively in a bikini, who wasn’t being objectified, and who was, most importantly, in charge of her agency.  That sports bra became symbolic of achievement and victory.  And, as consumerism in America works, the sports bra became one of the highest grossing items in the US shortly following the picture.  But that is pretty much where it ended.  Lots of sports bras were purchased, many girls wore them in reverence for Chastain and team USA and then the moment faded into history. High expectations were made for progress in women’s soccer internationally, as well as changes to perceptions about female athletes in general that were arguable never really achieved.  We all thought that Brandi Chastain had changed the world of women’s soccer forever, but we were all a bit too optimistic.

The proof lies in how we approach athletics in general,  It is 2019 and women’s and men’s soccer is still divided.  Society continues to think women are not as athletically talented as men, that women have to be “hyper aggressive to be competitive as men”.  Ads surround us communicating to girls to be tougher, more aggressive, empowered by the hard faces of women athletes testifying to their “girl power”.  None of them encourage girls to be themselves on their journey to athletic prowess.  The fear that girls will become men is set aside as we encourage girls to be men to be more competitive.  The hypocracy is genuinely confusing for our girls. 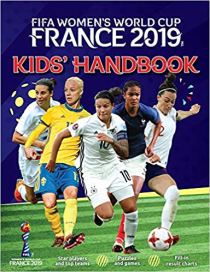 Visa looks to end “Vicious Cycle” by promoting women’s empowerment
And yet women are challenging men in individual competitions regularly- why do we not recognize it more.  Earlier this year during a “prestigious cycling race” in Belgium, the women’s cycling group caught up the “very slow men’s group” after a 10 minute delay.  The women were forced to stay back because the men’s race was considered “more important” much to the dimay of the female riders, with a lack of the overall win that they were on track for.

Shalane Flanagan also won the New York Marathon, as you may recall, finishing first overall.  A recent athlete in ultra marathons, Courtney Dauwalter is also making a name for herself by beating the best man in a 240 mile race by 10 hours back in 2017.  And Ultra Marathoner, Jasmin Paris shattered the 168 mile Montane Spine Race and won overall. 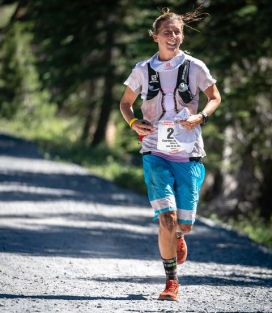 These are just a few examples of women who are closing the gap on the scientific determined “gender gap”- a performance difference reliably found in past performances between women and men. Israeli physicist Ira Hammerman found that women’s speed records were consistently about 90% of men’s times and shared his findings in the 2010 Wingate Congress of Exercise & Sports Sciences Symposium.  This surely should cause one to ask- what do those statistics really reveal- a short history of allowing women to compete with a categorization of “less important than men’s sport”.  If the expectation is set that an achievement is not possible, the inertia will keep most from making that achievement.  Take for example the 4 minute mile. No one thought it was humanly possible to run a mile in less than 4 minutes until 1954, when Roger Bannister did it at 3:59.4.  Since then, over 1400 athletes have run miles in under 4 minute and the new standard lies at 3:43.  The same phenomenon could be effecting girls and contributing to this “scientifically proven” difference in speed.

In order to change results of these scientific findings, we should give consideration to how much society is presupposing performance.  Normalizing inter gender competition at young ages may be the key to seeing nonpartial results- and may lead to changes in “scientifically proven differences in men’s and women’s speed times” .  In other words, let’s take the goevernors off of our young girls and see how they do in adulthood.  Spain is showing progress in this regard – being a stalwart of intergender soccer and finding incredible results- when girls and boys are held to the same standard, they perform at the same standard.

And so the question becomes, what is your definition of feminity and could it be redefined based on the performance of the female gender once they have been “ungoverned”. Are we realizing that women are not the less capable beings society has determined them to be?  Are they actually gifted in ways that we do not fully understand yet, in areas that we are only now exploring as we seek new ways to win?  Could girls be holding secrets to success that we have not yet explored as a society – or even as a species?

These questions should be asked as we witness the athletic prowess displayed before us daily on national TV in FIFAs Women’s World Cup.  Maybe one day there will only be one World Cup- where men and women match their athleticism on a level playing field.  Until then, though, you can watch the competition and athleticism break out for the quarter finals set in France on Fox and FS1 – the schedule is hosted here on CBS Sports.com

What are your thoughts on women, sports and the future of competition? Should our predictions be based on our experiences or on our expectations- and can those two things be separated enough to allow progress?